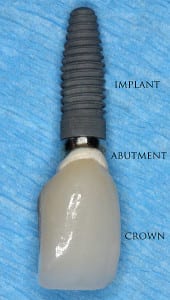 The Millennium Research Group has carried out a study very recently and the aim was to study the impact of dental implants. The study says that the declination of the procedure would start gradually as it heads toward its popularity. The procedure was, at one point of time, limited only to a very small group consisting of special dentists. In the present times, most of the general dentists are trained in the performing dental implant surgery.

Nearly sixty five percent of the adults who lie in the age between thirty five and forty four have lost one of the permanent teeth at the least. Most people often, though they realize that replacement is medical necessity rather than a cosmetic trouble, happen to procrastinate. The expenses in the procedure are most likely to come down. The expenses in dental implants are high and so we tend to think that there are more essential things to be addressed. Even when your mouth becomes no less than an old vehicle, you don’t seem to bother until the teeth are broken.

Missing tooth or a couple of them apparently do not have consequences worth concern, but they do definitely have a lasting negative impact on the overall dental health of a person.

1.         The teeth beside the gap would start drifting to fill up the space created by missing tooth. This can affect you doubly badly. This will not just alter the dental alignment but will also negatively affect the beauty of smile. Problems such as tooth decay, periodontal disease, as well as biting problems may be caused by malocclusion.

2.         The gap in the teeth is a place where the food particles tend to accumulate. When the spot is not cleaned properly, it would affect the health of the adjacent teeth

3.         When a tooth on one side is missing, people tend to chew food on the other side of the mouth, more specifically, with back molars, which can give emergence to troubles in its muscles and the jaws.

4.         Missing tooth leads to the shrinking of bone mass in the jaw. The degeneration of jaw bone leads to the sagging of the face. Furthermore, the jawbones are to be strong for carrying out dental implants. Else the dentist would find it difficult to carry out the process without grafting of bones.

5.         The gravest of the consequences is psychological. When there is a negative change in the appearance, the confidence level goes down.