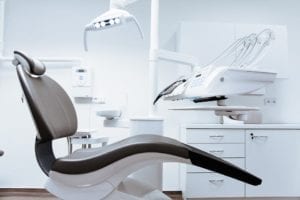 Toothache is an extremely unpleasant sensation. It may appear spontaneously, it may persist for many days without some respite or periodically. It happens that it is very annoying or its initially low intensity increases with time.

This can be caused by many factors, including tooth decay, inflammation of the tooth pulp or tissue surrounding the root, exposure of the necks of the teeth, and much more.

Especially in cold weather, this is one of the most frequent complaints of patients. This is manifested in a sudden severe pain, located in some teeth, which appears on contact with a specific stimulus (for example, cold water) and stops after its termination. Teeth can be sensitive not only to changes in temperature, but also to sour drinks and food, as well as to mechanical factors, such as brushing or even touching. A healthy tooth is surrounded by a strong and durable enamel on the outside, which tightly covers and isolates deeper and more delicate dentin. The ducts are located in the dentin, the external factors of which can reach the pulp – the living part of the tooth, which is responsible for receiving stimuli and a painful reaction. The most commonly detected dentin is located on the neck of the tooth, because in this area the enamel layer has a small thickness. Dentin exposure occurs as a result of abrasion of the enamel layer during excessive brushing, especially when using a hard brush or whitening paste containing abrasive particles. Dentin is also found in people with periodontal disease, commonly called periodontal disease. Regardless of the cause, the best treatment is the use of mouth rinses and mouth rinses designed for sensitive teeth, and their delicate and gentle brushing.

This is a disease of hard tooth tissues, the development of which is promoted by the presence of microorganisms, a diet rich in carbohydrates, and the tooth’s sensitivity to scale removal. These factors should work long enough. The pain associated with caries, occurs after consuming sweets and disappears after the cessation of this stimulus. In this situation, you should as soon as possible inform the dentist, who will remove cariously modified dental tissue and put on a seal. In turn, untreated caries can lead to inflammation of the dental pulp. This is manifested in severe pain that occurs spontaneously, and not only as a result of external factors. There may be short breaks, but usually the pain does not go away, staying the same at night. This is often hard to find. In this case, it is usually necessary to treat root canals, which consists in removing living tissue from the cavity of the tooth and root canals, thorough disinfection and filling. This is a treatment that requires at least 2 or 3 visits to the dentist.

In adults, this problem concerns the eighth teeth, called wisdom teeth. In many cases, the teeth are incorrectly located or there is not enough space in the mouth, which makes removal difficult. Pain symptoms appear periodically and have variable intensity. In this case, a good idea would be to make a pantomographic picture that will allow you to decide to leave the G8 or delete them. To reduce discomfort, you can use antiseptic mouthwash on a special basis.

Mouth pain should not be directly related to the teeth, it can also be caused by inflammation of the gums. Gingivitis, in addition to swelling, redness and bleeding, is also characterized by pain. Due to its close position it can be difficult to distinguish from toothache. The most common cause is the accumulation of plaque, so the most important method for the prevention of gingivitis is a thorough cleaning of the teeth. This is sometimes caused by mechanical irritation, so check with flossing or nothing between the teeth. To relieve pain, you can use drugs available in the pharmacy without a prescription. It is also worth going to the dentist for other reasons.